DHCP stands for Dynamic Host Configuration Protocol, used to assign an IP address to a machine connected to a network. DHCP uses ports 67 and 68 on top of UDP.

In this post we will see how a machine gets an IP Address.

Below 4 packets (Packet number 2 to 5) are mainly used for fetching an IP. Lets get into packet level details of communication.

Machine which is connected to the network sends a broadcast packet using 255.255.255.255 as destination address which is an IP Address lease request will be responded back by the DHCP Server as DHCP Offer message. A DHCP client migh also send it's previous IP Address part of the discover packet.

DHCP server takes a non assigned IP address from the address pool and makes a lease offer to client. 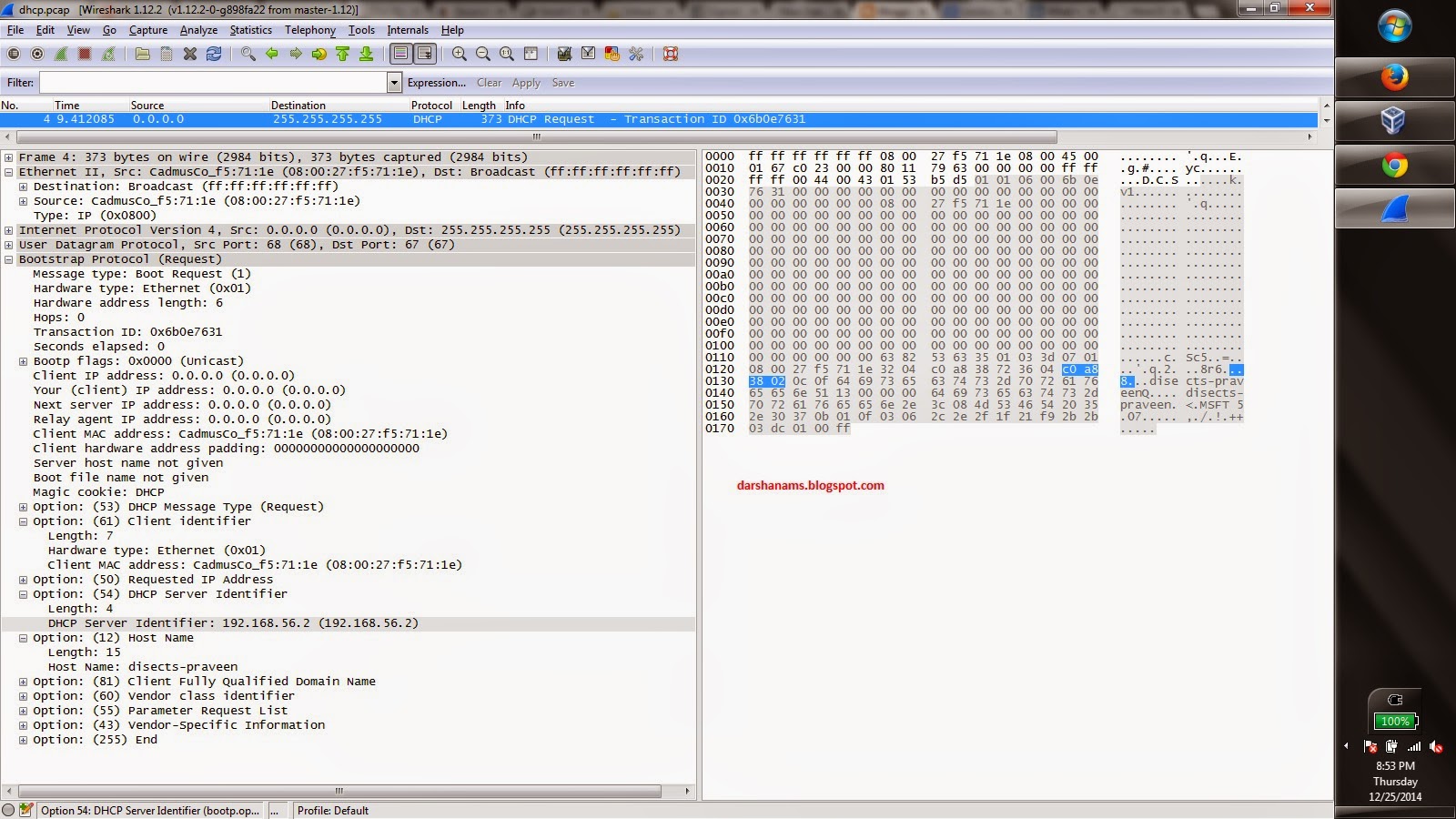 In the above communication, we need to mainly observer the source and destination MAC addresses used.

Point to remember, bootp is the wireshark filter, not dhcp.

Email ThisBlogThis!Share to TwitterShare to FacebookShare to Pinterest
Labels: l7proto